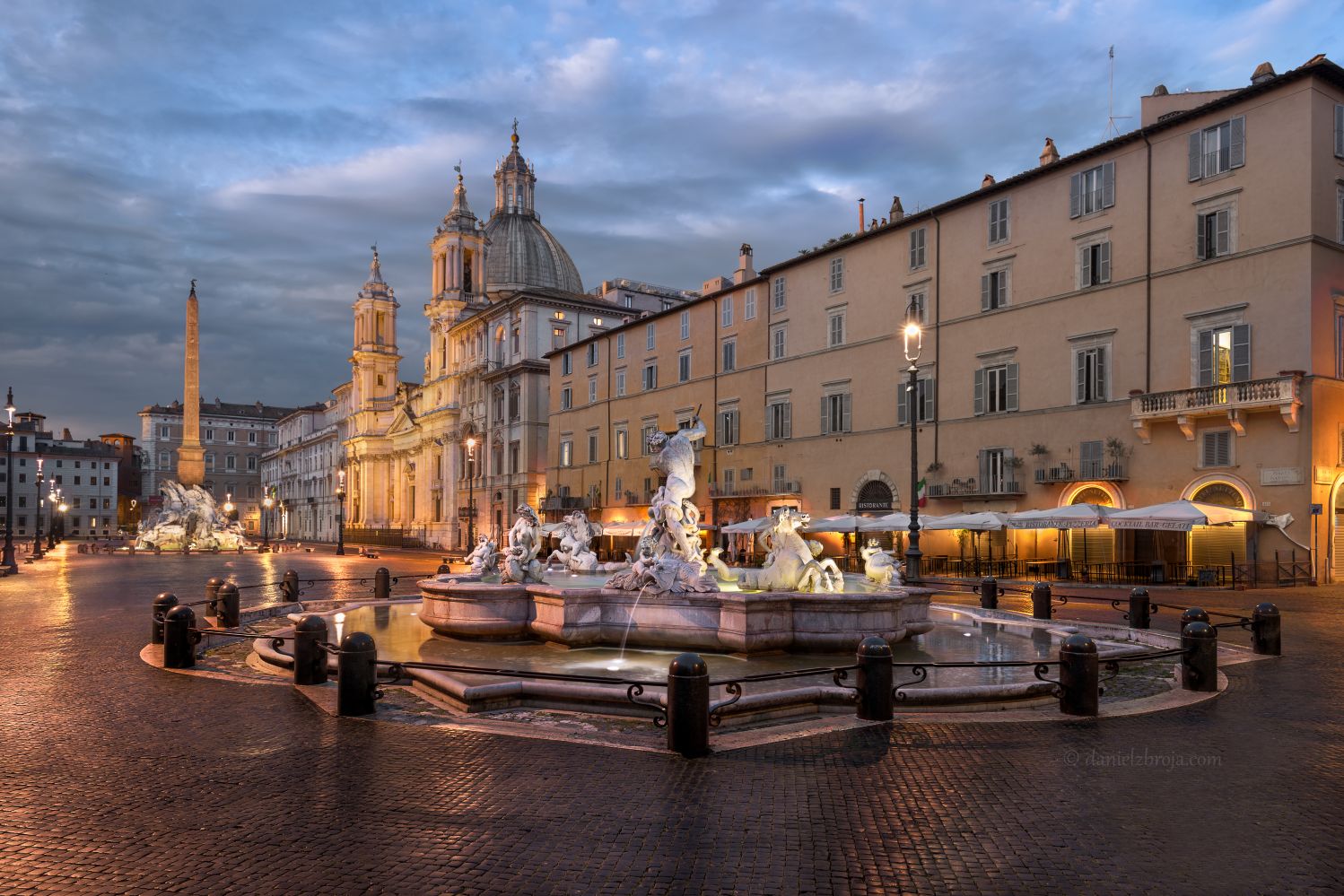 Piazza Navona
Rome, Italy
The Piazza Navona is a Baroque square in Rome, the remains of what was once a stadium called Circus Domitianus, built in 85 AD to host ancient Greek Agonal games were held. The piazza itself took its shape as the stadium's building crumbled over time. Piazza Navona is considered one of Rome's most beautiful squares, having three fountains, one of which is considered to be Bernini's greatest work - La Fontana Dei Fuimi. Piazza Navona is also unique in that it is extremely long when compared to other squares. In the second half of the 1400s, Piazza Navona became home to the market, and then in 1485 it was paved. It also became the place to hold processions and festivals. It is a major tourist attraction, and also hosts a Christmas market each year.