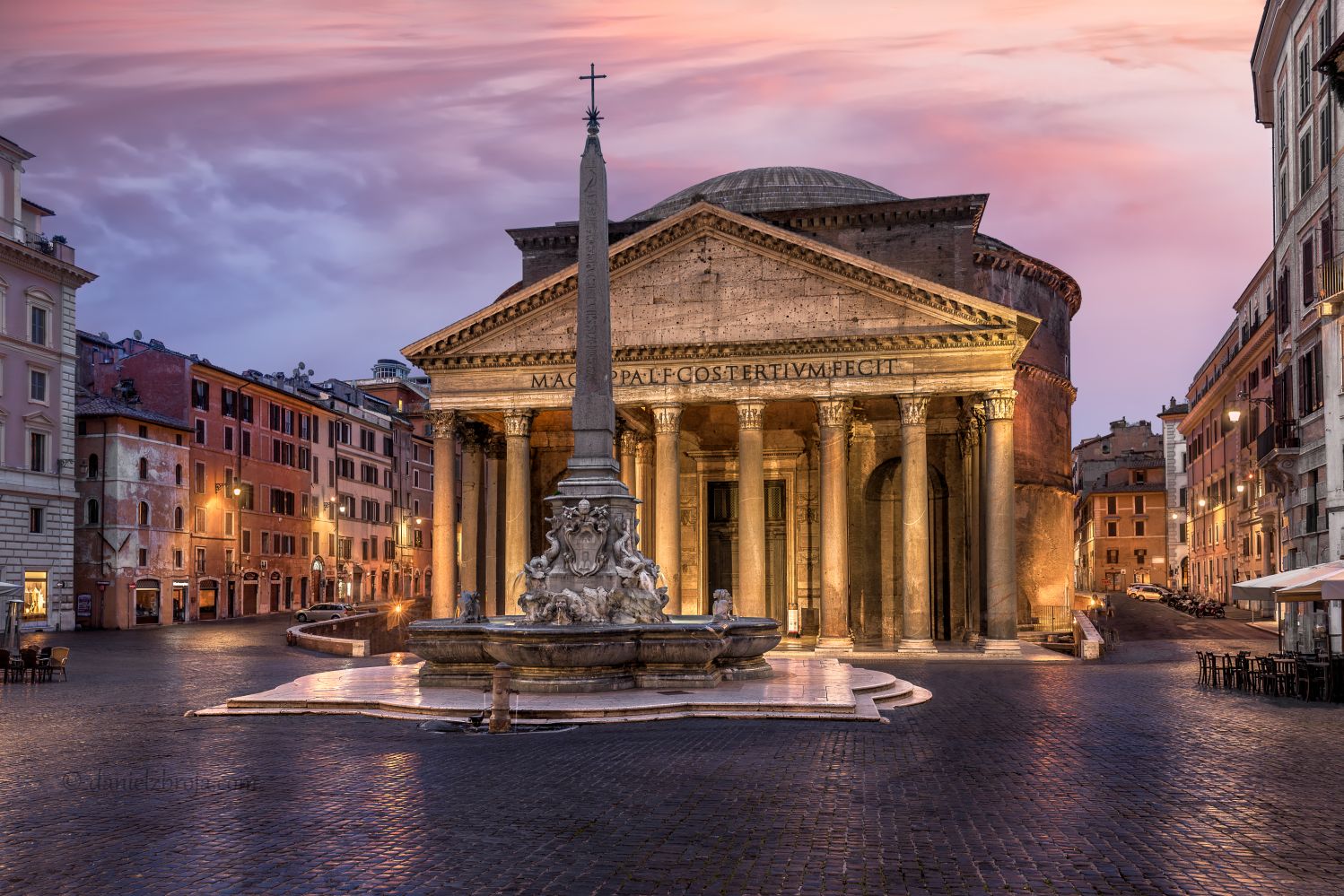 Pantheon
Rome, Italy
The word Pantheon is a Greek adjective meaning “honor all Gods”. In fact, the pantheon was first built as a temple to all gods. It is the best preserved Ancient Roman monument. The exact age of the pantheon remains unknown. The Pantheon was built around 120 AD by Emperor Hadrian Who was passionate with architecture and designed it together with Apollodorus of Damascus, a famous Greek architect of the time who unfortunately was executed by order of the Emperor, because of an argument about the design of the temple… The dome was the largest in the world for 1300 years and until today it remains the largest unsupported dome in the world! The hole (oculus), 7.8 meters in diameter, is the only source of light and is the connection between the temple and the gods above. Rain occasionally fall through it, but the floor is slanted and drains the water if it manages to hit the floor. In practice, rain seldom falls inside the dome. The marble floor, which features a design consisting of a series of geometric patterns, is still the ancient Roman original. A lighting effect can be viewed on April 21 when the midday sun strikes a metal grille above the doorway, saturating the courtyard outside with light. In the year 609, the Pantheon was the first pagan temple to be transformed into a church and therefore it was saved from being destroyed during the Middle Ages. In front of the Pantheon is the beautiful “Fountain of the Pantheon”. It was designed by famous architecture Giacomo Della Porta in 1575 and sculpted out of marble by Leonardo Sormani.