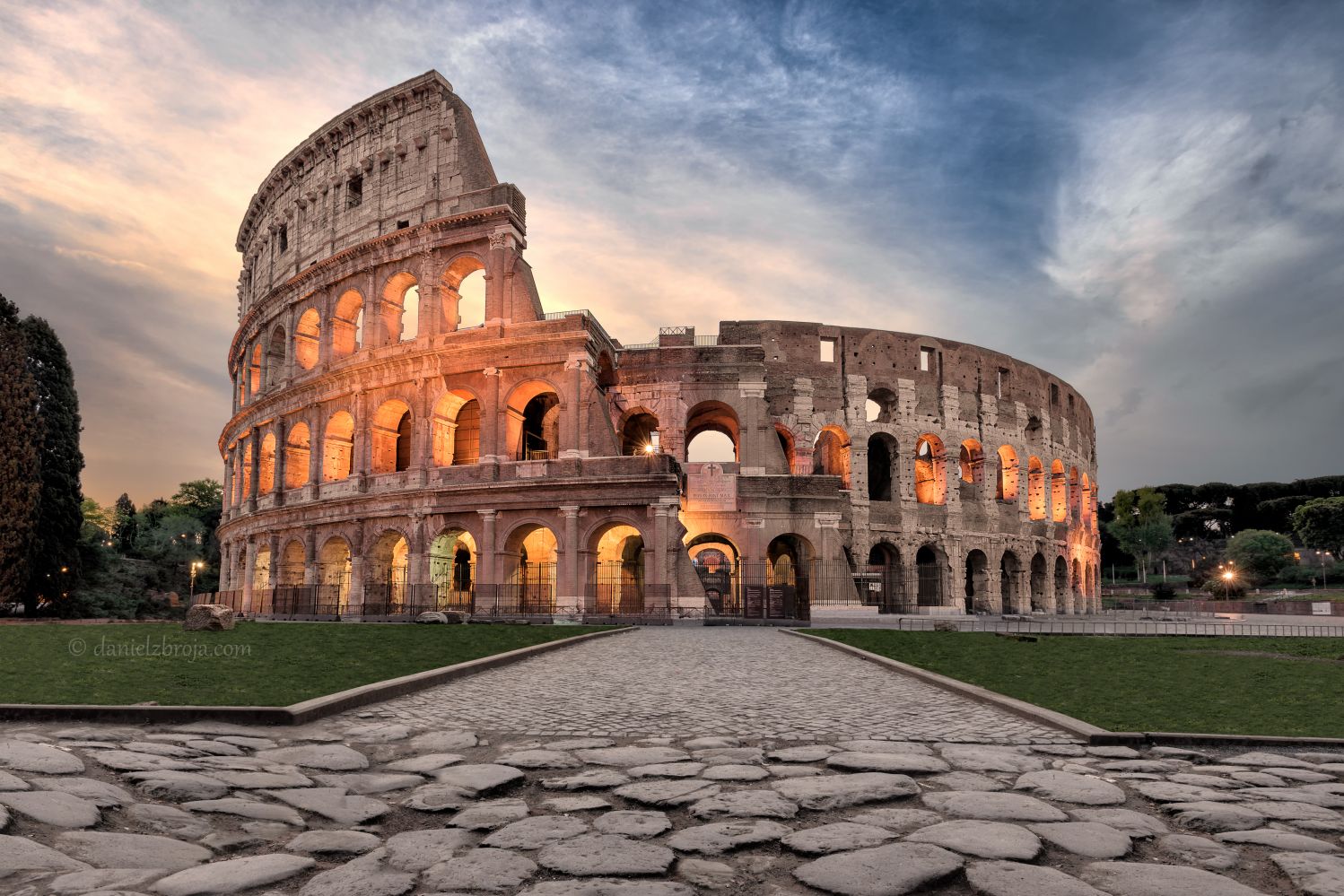 Colosseum
Rome, Italy
One of the new Seven Wonders of the World. Originally Called “The Flavian Amphitheater”, the Roman Colosseum was made during the period of the Flavian Dynasty. The “Colosseum” word was derived from the statue located alongside the amphitheater called ‘the Colossus of Nero.’ Construction started in 72 AD under emperor Vespasian and completed by his son Titus in 81 AD. It only took nine years to built the Colosseum, but it would have taken more years by modern architects to create it now. It is considered the largest amphitheatre in the world. It is interesting to know that around 60,000 Jewish slaves were used to build the Colosseum. It can accommodate between 50,000 – 80,000 people and special attention was given to crowd management. With 80 separate entrance arches, the Colosseum could be cleared in less than 10 minutes... The amphitheatre was used for entertainment purpose for about 390 years. More than 400,000 people died inside the Colosseum, along with about 1,000,000 animals as well. In 1847, an earthquake destroyed the south side of the Colosseum. Also, being so old, it had been put through years of weathering, the damage was apparent. The marble facade and some parts of the Colosseum were used in the construction of St. Peter’s Basilica in Vatican City and the Spanish Steps. Botanist or plant scientists are highly attracted to the Colosseum; mainly because of over 337 different species that have taken root amongst the ruins. As capital or death punishment has been eliminated in Italy since 1948, the Roman Colosseum is considered as the symbol against the death penalty. Now, when at any time in the world, a death sentence gets overturned, the lights at the Colosseum changes from white/orange to gold.