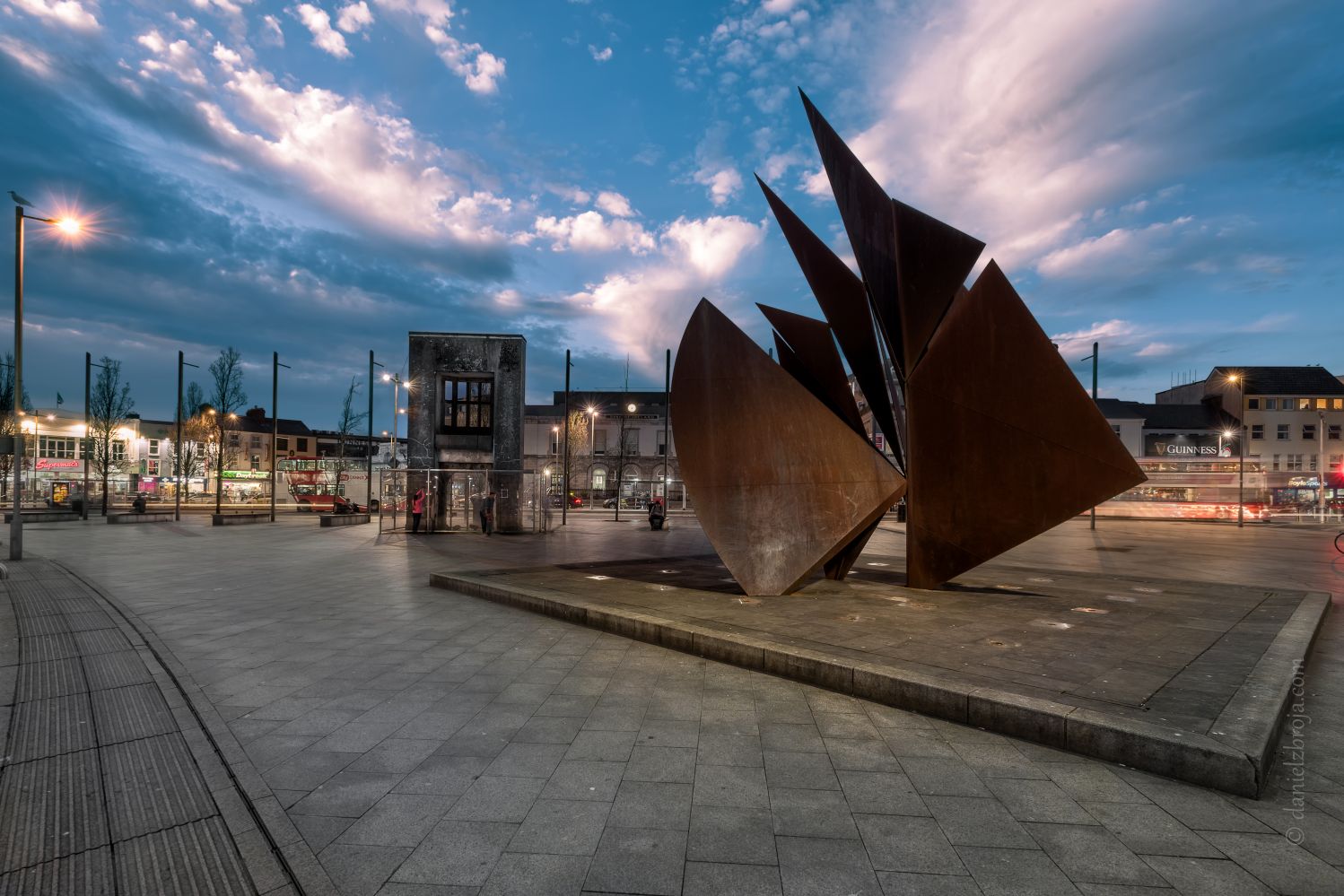 Eyre Square
Galway
Fountain depicting Galway Hookers in Eyre Square with Browne doorway in background. Galway Hooker is a traditional fishing boat used in Galway Bay. The Browne doorway was originally the doorway of the Browne family's home on Lower Abbeygate Street, but was moved in 1905 from Abbeygate Street to Eyre Square. Browne family was one of the 14 merchant families who dominated the political and social life of the city of Galway in western Ireland between the mid 13th and late 19th centuries.