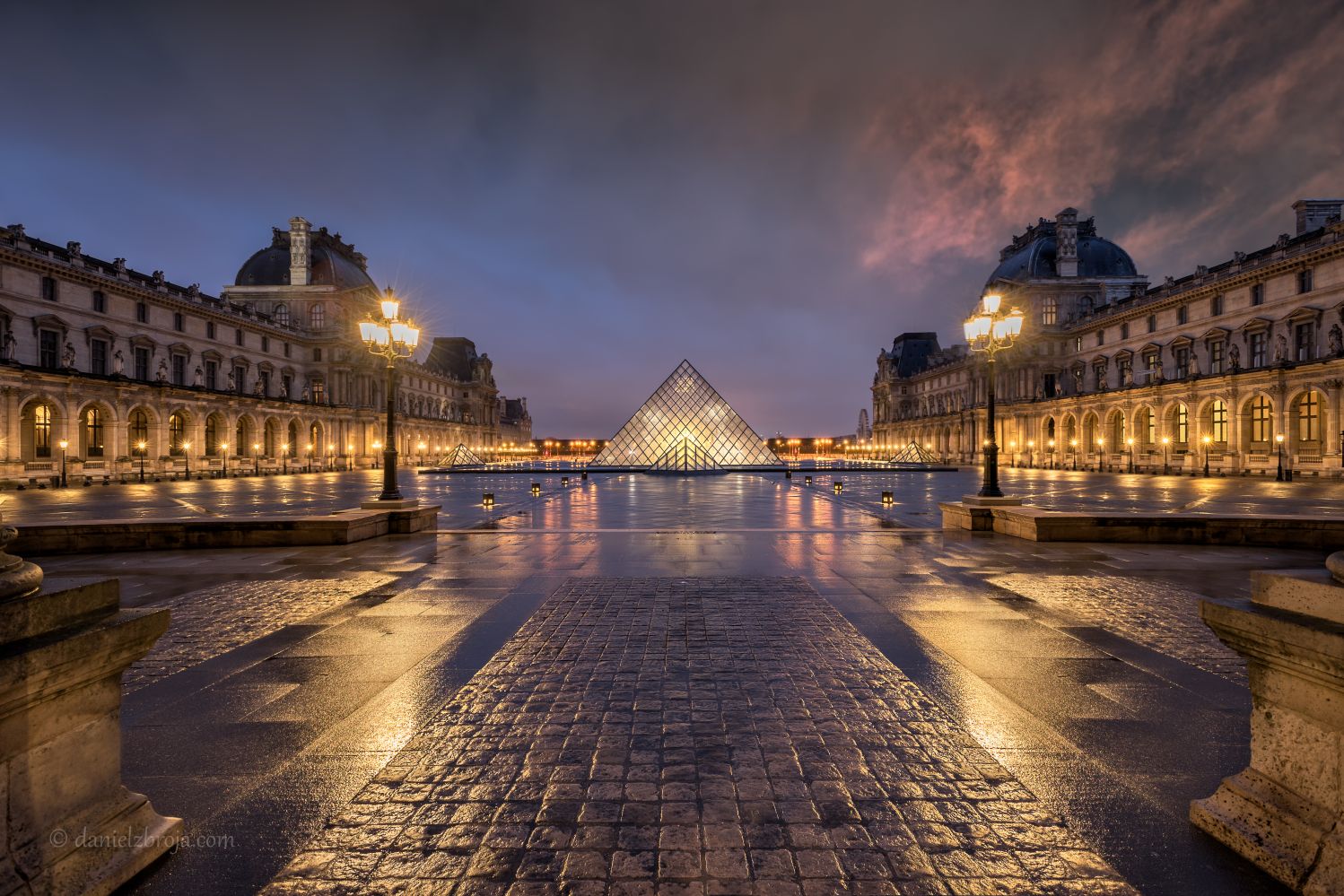 Louvre Symmetry
Paris
The Louvre, or the Louvre Museum, is the world's largest art museum and a historic monument in Paris. Approximately 38,000 objects from prehistory to the 21st century are exhibited over an area of 72,735 square metres. The museum is housed in the Louvre Palace, originally built as the Louvre castle in the late 12th to 13th century under Philip II. In 2018, the Louvre was the world's most visited art museum, receiving 10.2 million visitors.