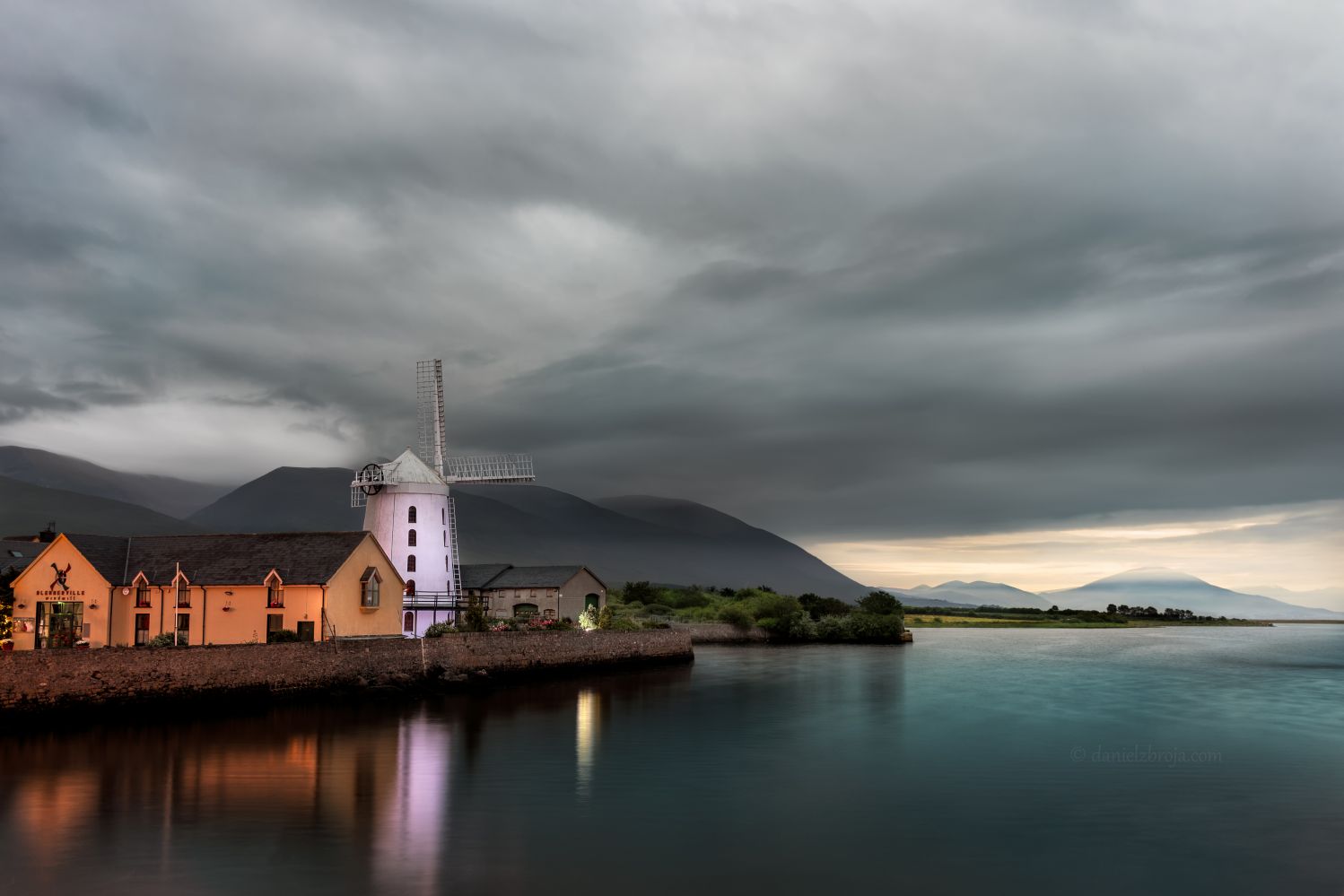 Tralee Windmill
Tralee, Ireland
Blennerville Windmill. The mill was built in 1800 by order of Sir Rowland Blennerhassett and has two grinding couples with on the spindle a gear that is driven by the wheel with wooden combs. The grinding stones are French bir. The mill was used for milling grain, both for local people and for export to Great Britain. At the end of the 19th century the mill began to decay due to the rise of the steam engine, the salinisation of the river channel to Blennerville, the opening of the Tralee Ship Canal in 1846 and the construction of the Fenit harbor in 1880. In 1981 the city of Tralee in the Urban District Council buy the mill and began the restoration of the mill in June 1984. The restored mill was officially opened in 1990 by Taoiseach (Prime Minister) Charles Haughey. Nowadays again wheat is ground. The winding mechanism is operated outside the mill with a jug chain over a sprocket. The small transmission makes the crossing very slow, 180 degrees of cross takes about two hours. The Blennerville Windmill is now the only commercial windmill in Ireland.