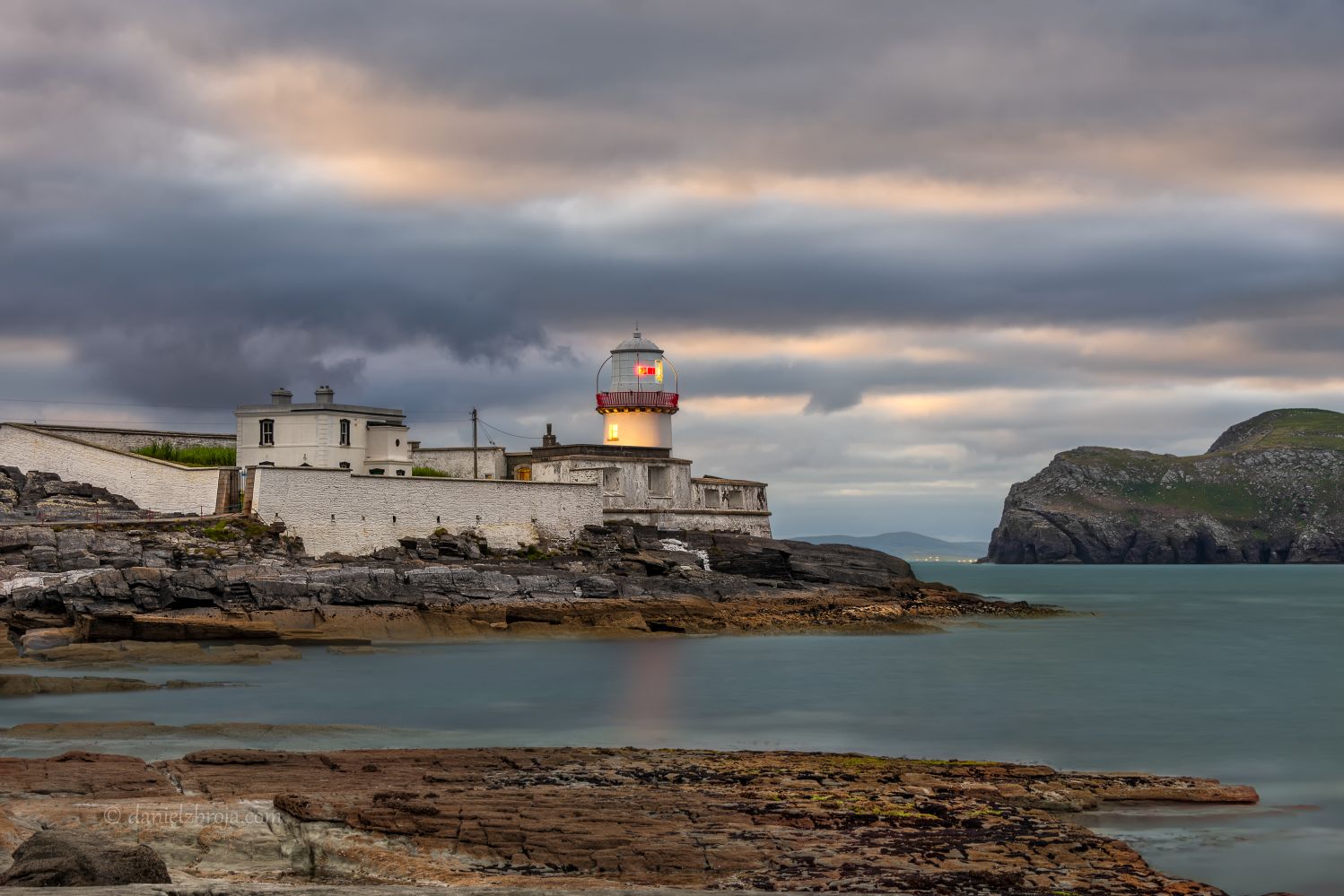 Valentia Lighthouse
Valentia Island, IRE
The site of the Cromwell Point Lighthouse was originally home to a Cromwell Fleetwood Fort believed to have been built in the 16th century which was one of two built on Valentia Island around this time. The outline of the Cromwell Point fort with its bastions and barrack inside its wall can still be easily traced from the air, lying just inside the lighthouse enclosure wall. The fort was maintained after the Restoration and there are various State Paper entries about its repair over the period 1663-1665. It was disestablished in 1669. The first light for Cromwell Point was originally applied for on 30 March 1828 by the Right Honorable Maurice Fitzgerald, Knight of Kerry. Work commenced on the lighthouse ten years later in 1838, the light was first exhibited on 1 February 1841. Originally the lighthouse was staffed by a single keeper, housed with his family on site, however with automation in November 1947 the keeper was withdrawn and a part-time attendant was appointed to look after the station. The fossilised footprints of a dinosaur are visible from the lighthouse. A Tetrapod (the first four-legged animal with a backbone) stepped from water onto land here over 300 million years ago. A standing stone, thought to be from the Megalithic era, can be found close to the lighthouse. On a good day from the lighthouse you’ll see the UNESCO World Heritage Site Skellig Michael and the remote Blasket Islands. You’ll also see the landing point for the transatlantic cable that connected Europe with North America for the first time in 1866. It marks the birth of our modern communications systems. It is one of 70 lighthouses operated by the Commissioners of Irish Lights around the coast of Ireland and continues to provide a vital role in maritime safety today.