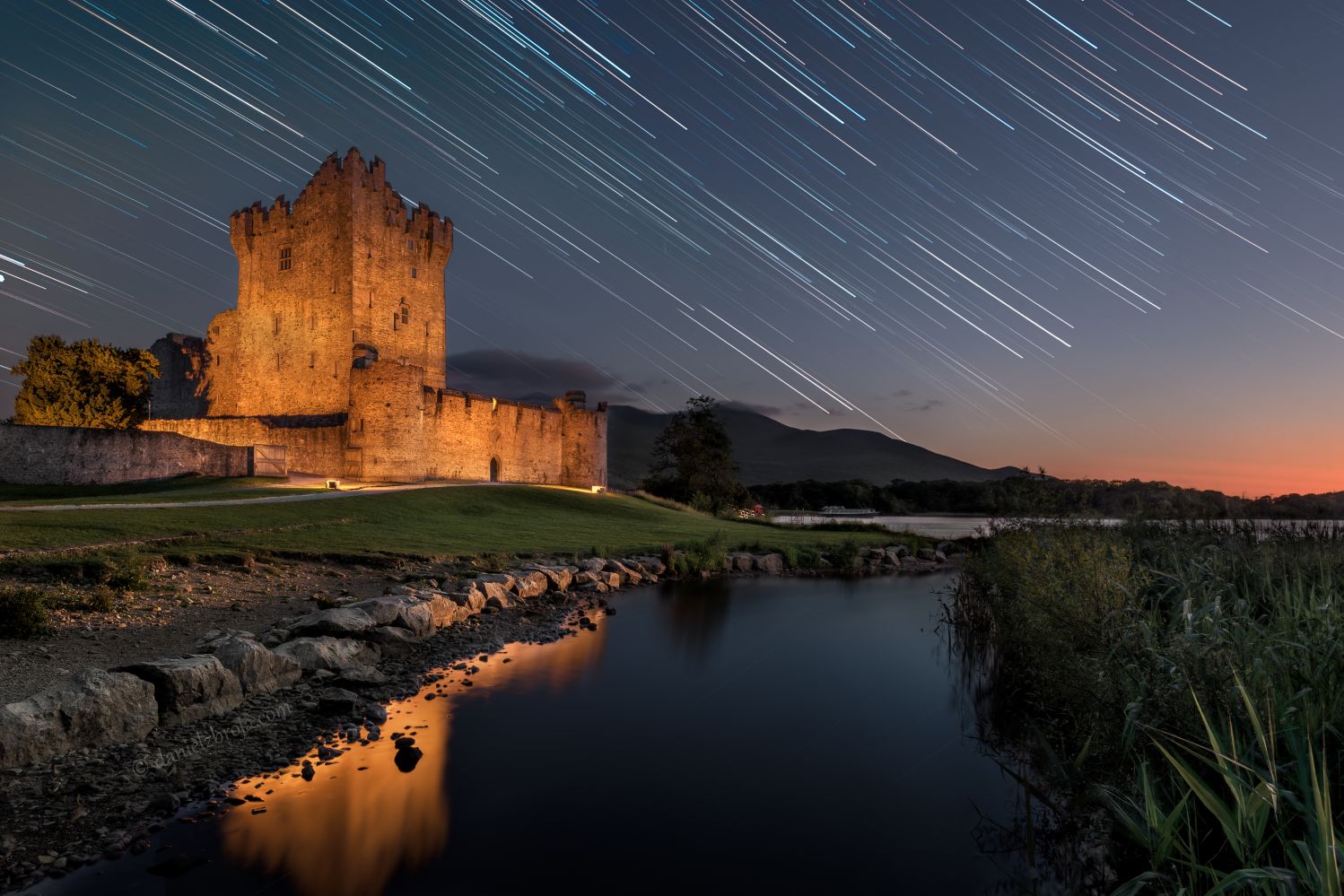 Ross Castle
Killarney, Ireland
Ross Castle sits on the edge of Killarney’s lower lake and was built by O’Donoghue Mór in the 15th century. The Castle came into the hands of the Brownes who became the Earls of Kenmare and owned an extensive portion of the lands that are now part of Killarney National Park . Legend has it that O’Donoghue still exists in a deep slumber under the waters of Lough Leane. On the first morning of May every seven years he rises from the lake on his magnificent white horse and circles the lake. Anyone catching a glimpse of him is said to be assured of good fortune for the rest of their lives. The large rock at the entrance to the bay is known as O’Donoghue’s prison. Ross Castle was the last stronghold in Munster to hold out against Cromwell. It was eventually taken by General Ludlow in 1652.